Nominated as a Benefiting Partner with Champions of Change

We are proud to be part of Champions of Change! Their mission is to build awareness and support for organizations that serve our communities by sustaining pathways for families to have stable, healthy and loving homes.

Champions of Change was founded by former Seattle Seahawks — Doug Baldwin, Michael Bennett, and Cliff Avril. The founders’ collaboration in Champions of Change is intended to supercharge community organizations with funding, awareness, and strategic partnerships. With dignity, empowerment and collaboration central to their missions, partners are sustaining a new path upon which families can heal from traumas, and take their own steps toward providing stable, healthy and loving homes for their children. 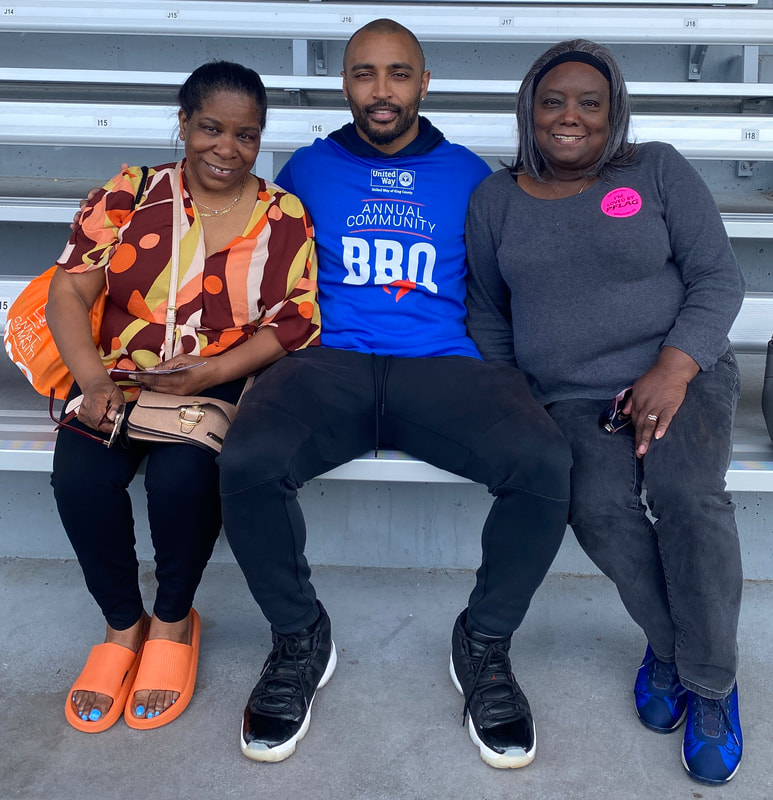 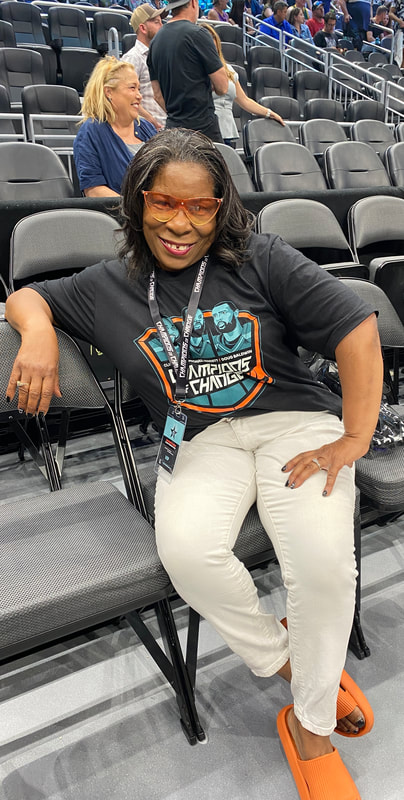 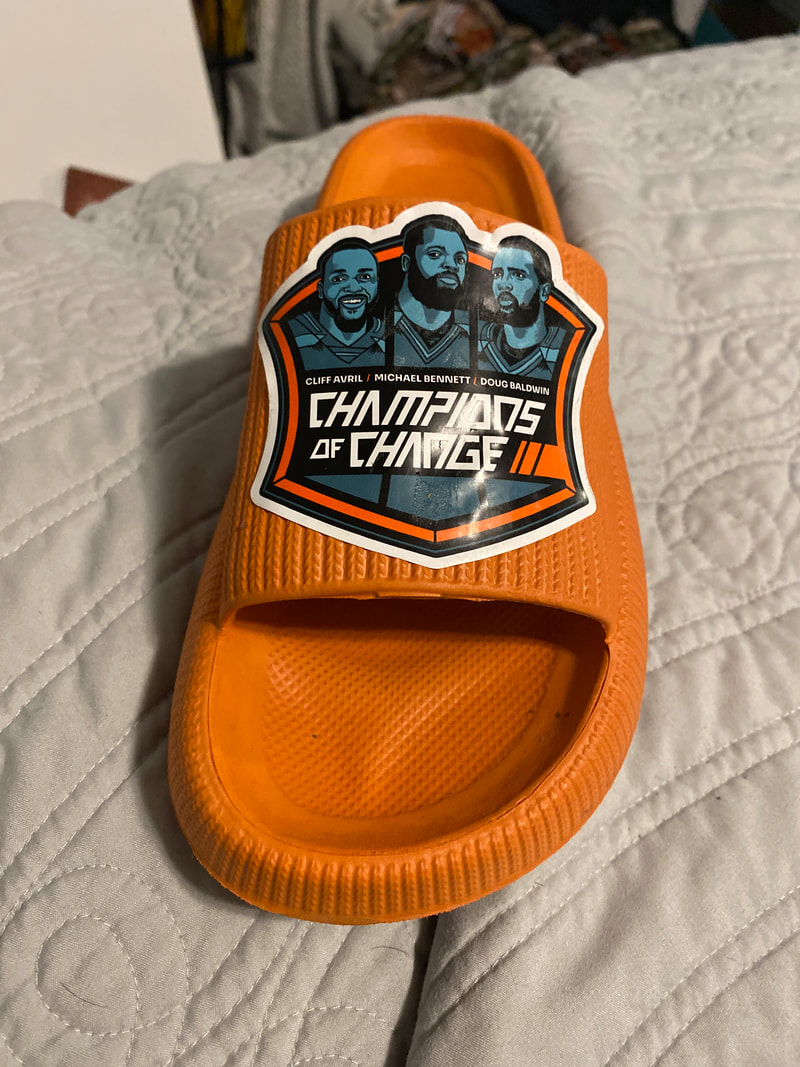 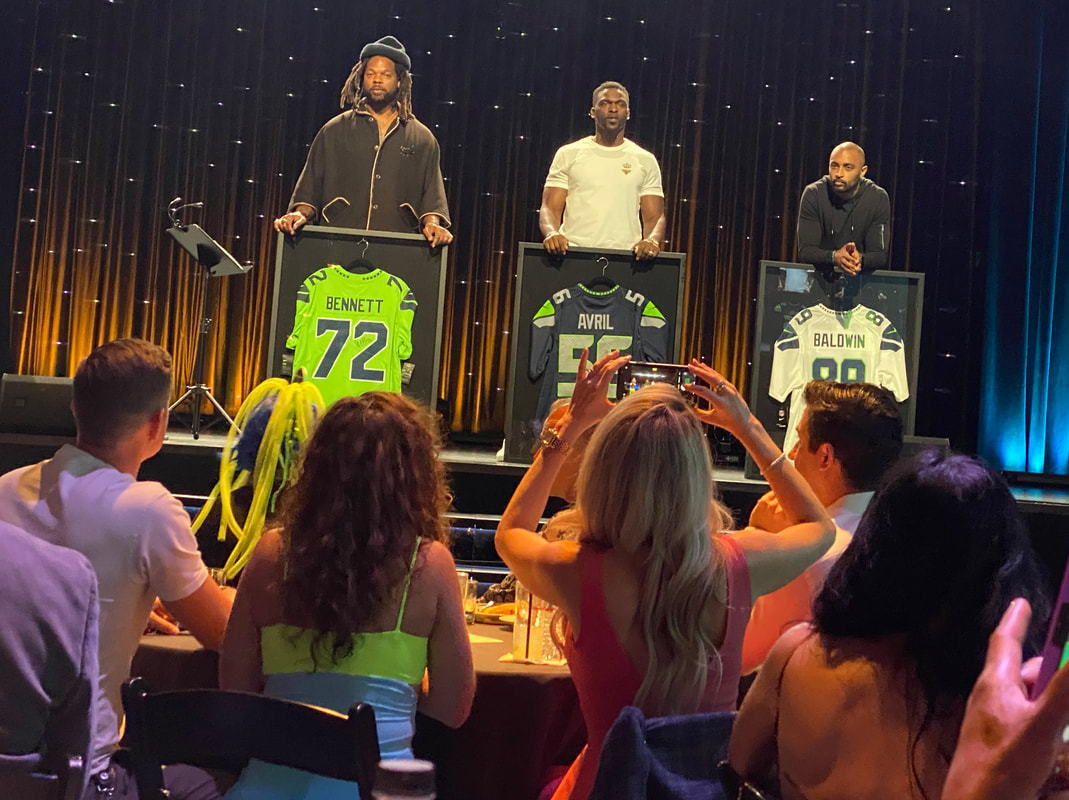 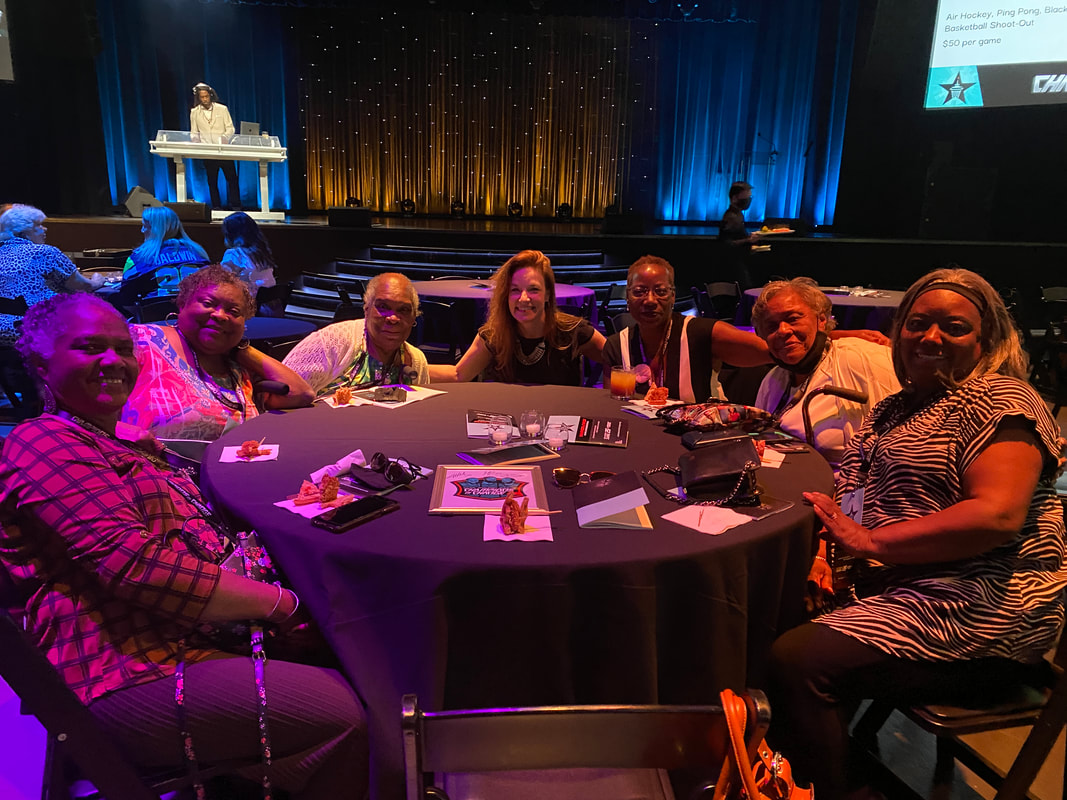 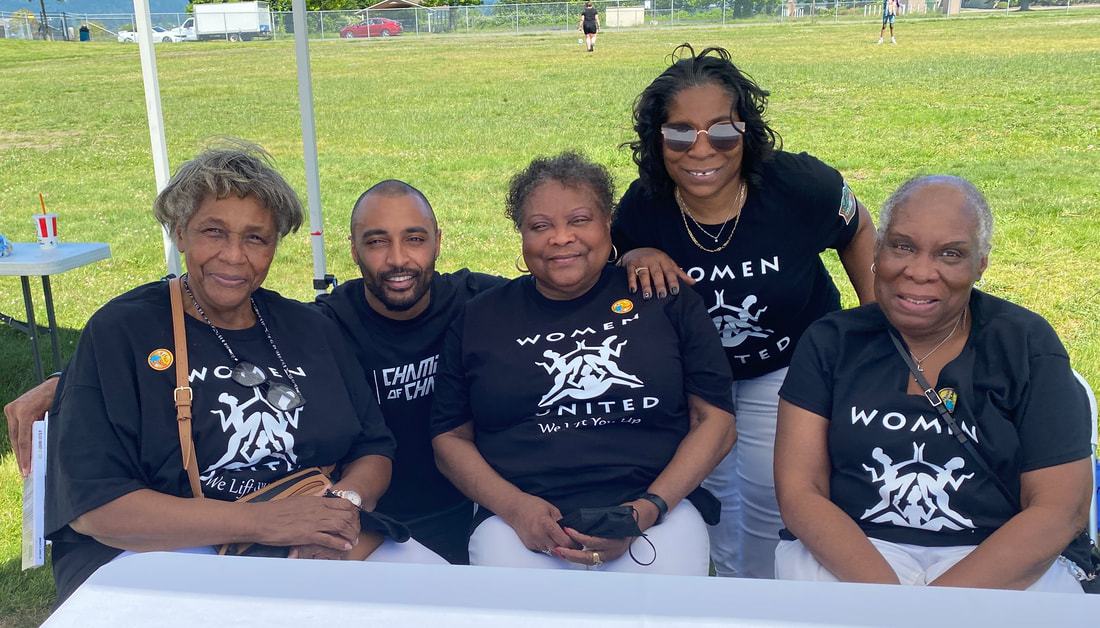 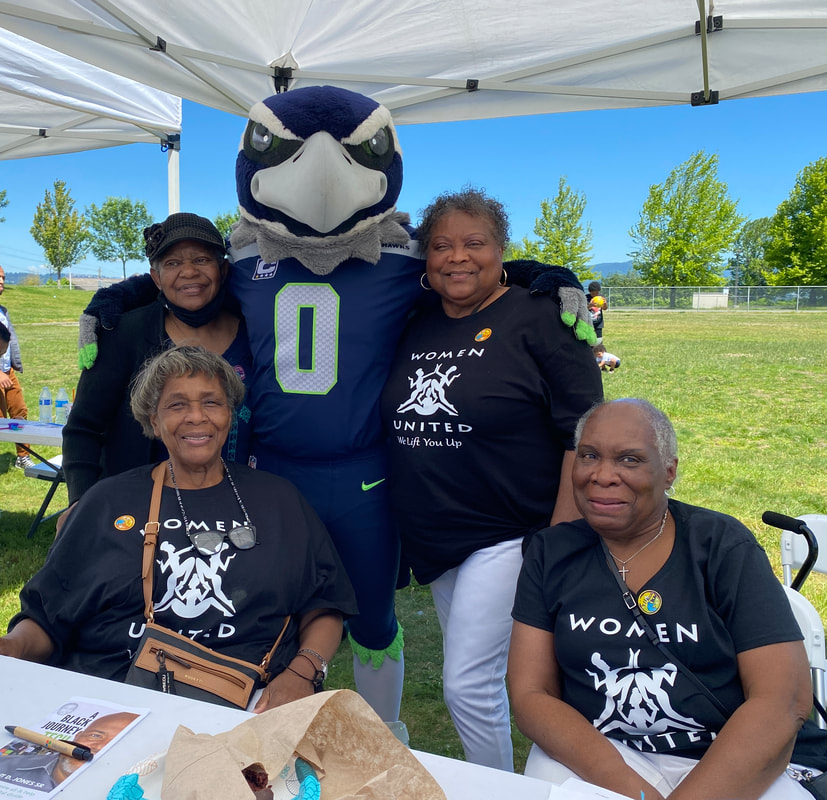 My Champions of Change Story.

It started with a phone call, she said “I am Sara Osborne, External Affairs Director Safeway & Albertsons Foundation.” She went on to say we have nominated Women United Seattle for the Champions of Change Award.

Quite naturally I am surprised and amazed and did not know what this meant. Ms. Sara explained it to me. I was brought to tears just knowing that someone recognized the work we have been doing for so many years. Ms. Sara continued sharing what the nomination meant. As she softly spoke, she said that's not all, we want to sponsor your upcoming event It's A Family Affair - Grandparents Reunification.

Women United Seattle was presented with a generous donation and much more. The support of Ms. Sara and the Safeway/Albertsons Foundation made it possible for more people to learn about the services, programs, and events Women United Seattle provides Kinship caregivers and the Skyway, West Hill Community. It was such an amazing opportunity, and I still have a tough time believing it was real.

The Love Train Community Block Party —
This annual event was supported with backpacks filled with school supplies. Women United signed up children with BLITZ KICKS 4 KIDZ Nike Tennis Shoes which were distributed at our local Safeway store in Renton.

Victor who scheduled a time to come out to see what was needed.  he provided instructions of what would be need and he successfully completed the temporary lighting for the event.  The Angel Of Hope Engagement Center was beautifully lit up and decorated with Christmas Cheer. Safeway/Albertsons Foundation employees sponsored a Kinship family Wish List, and they purchased gifts for each family selected. We also received donated gifts from Toy for Tots and served our Kinship caregivers and the community. We were honored to have former 37th District State Representative Eric Pettigrew dressed as Santa and a visit from Leon Richardsons the Director of King County Veterans, Seniors, Human Services.

The permanent lighting was completed in spring of 2022. We must give a Shout out to D.A.D.S for donating the funds to complete the Drywall, Painting and Flooring in the Angel of Hope Engagement Center.

Because of the contributions of Champions of Change and the Benefiting Partners we created a safe and secure space for Women United programs, services, and events. We can now serve caregivers who are raising grandchildren with beginner sewing classes, or they can brush up on their current knowledge, as well as learn new skills.

Champions of Change has played a very important role in increasing the visibility of Women United Seattle and the products, resources and service we provide.

Easter Sunday —
Safeway/Albertsons foundation provided Easter Baskets for the children at the Easter Egg Hunt held at the Angel of Hope Engagement Center. The event was magical as the children hunted for eggs in the beautiful baskets.

The Champions of Change Celebration:
The Day of Service-Skyway Boys and Girls Club a celebration of community, Which was full of positive energy and excitement, various vendors, and great food with a visit from the champions of change founders Doug Baldwin, Michael Bennett, Cliff Avril, and Sara Osborne Safeway Albertson Foundation.

Champions of Change Gala —
You had to be there to experience the magic of the moment. The Kinship Caregivers that joined me were experiencing the magic of giving as I let the tears flow.

To be recognized in the program book to Auction off 10 2 for 1 SPA treatments at the Little Red Day Spa. Women United received 28 Gift Certificates at Little Red Day Spa Gift Certificates for Kinship caregiver to enjoy a day of respite. Champions of Change has touched my heart in a way that cannot begin to express and give it the justice it deserves. Just know it was a pure display of Love!

Champions of Change Celebrity Basketball Game —
Women United was given 50 tickets to the game to distribute to kinship caregivers, and friends and family.
It was the most exhilarating experience my family and friends could have received. The Benefiting Partners were escorted courtside and presented a beautiful Chihuly Sculpture of the Space Needle.

Mr. Whitney invited the Women United group to the private area to watch the game. what a wonderful experience for the families. Thank you, Mr. Whitney - Amazon Headquarter.

My heart is full of love that has been shown to Women United. Women United Seattle will deposit that same spirit of Love and Giving to others.